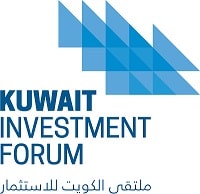 Kuwait Direct Investment Promotion Authority (KDIPA) is actively undertaking the necessary steps and organizational measures to ensure adequate preparation for convening its first promotional conference “Kuwait Investment Forum” under the patronage of H.H. the Emir of Kuwait Sheikh Sabah Al Ahmad Al Jaber Al Sabah, on March 8-9, 2016 at the Courtyard Marriott Hotel-Kuwait.
KDIPA duly articulated the Forum’s agenda and specified the themes of its sessions. The program will start with an opening session, and will conclude with an open dialogue in the last session held under the theme “Future of Investment for a Sustainable Development”. Several actual experiences will be heard from foreign companies that invested recently in Kuwait benefiting from the incentives and exemptions granted under Law No. 116 of 2013 regarding the Promotion of Direct Investment in the State of Kuwait.
The themes of the Forum were carefully selected by KDIPA to be pertinent and comprehensive, reflecting genuinely the positive transformations that Kuwait is witnessing as it entered the second year of its current medium term development plan.
In this context, the first session will tackle the foundations and prospects of economic and developmental policies, through touching upon the impact of a prudent fiscal policy on economic development, investing in development projects, developments in business environment reform and simplifications of procedures, as well as reflection of the prospects of oil industry on economic development.
The second session will demonstrate the main attributes that distinguish Kuwait as a lucrative investment destination in terms of its sound economy from a global perspective; its niche location for accessibility and connectedness;   the role of its aspiring and entrepreneurial youth; and the privilege of operating in an environment that respects the rule of law and empowers its institutions.
The third session will portray the impact of a host of recent legal developments that were conducive to render a favorable investment climate; presenting the incentives and guarantees granted to direct investments; reflecting on the role of SMEs in availing varied opportunities and integrating schemes; and shedding light on privatization as a doorway for fostering the private sector role.
The fourth session is assigned the longest duration in the Forum’s agenda as it will be showcasing a wide range of potential and lucrative investment opportunities in various sectors, including PPP, infrastructure, oil, and renewable energy.
The fifth session will display the leading economic and humanitarian position that Kuwait assumes in the global arena, through forging partnerships as well as friendships; investing abroad in the oil sector; and focusing on Kuwait’s leadership in humanitarian and developmental efforts.
The sixth session will be centered on the issue of financing investment in view of the solid financial solvency of the country, the stability of the banking sector and its impact on economic performance and facilitating financing, in addition to the role of capital markets in enhancing a competitive environment.
The Forum’s program will include organizing cultural events that feature the cultural diversity in Kuwait and its contribution to civilization, concomitant with the significance of this event and its distinguished participants.
For more information visit Forum website: www.kuwait-investmentforum.com

KDIPA participates in the annual meeting for Scholarships and Training Officials

Kuwait Direct Investment Promotion Authority (KDIPA) met with a Korean delegation, consisting of small Korean businesses, who was accompanied by […]