KDIPAparticipates in the 10th session of the Kuwaiti-Egyptian Joint Committee 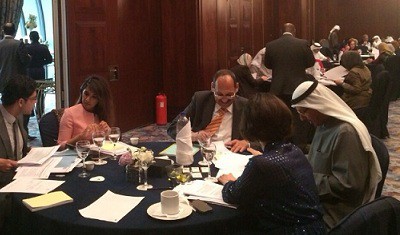 December 24, 2014: Kuwait Direct Investment Promotion Authority (KDIPA) participated in the 10th session of the Kuwaiti-Egyptian Joint Committee chaired by the foreign ministers of both countries, with the participation of senior officials. The session was held during the period December 14-16, 2014, in the Ministry of Foreign Affairs premises in Kuwait.  The meeting addressed enhancing cooperation in various fields including commercial, investment, tourism, industrial, maritime transport & ports, housing & construction, and areas relating to education, sports, and media. The two sides signed the Avoidance of Double Taxation bilateral agreement and discussed a host of Memorandums of Understanding and Executive Programs to reflect the convergence of will between the parties. On another hand, KDIPA’s legal researcher Ms. Reem Al Shaya, provided a presentation explaining main attributes of the Law No. 116 of 2013 regarding the Promotion of Direct Investment in the State of Kuwait, and responded to the inquires raised. The General Authority For Investment and Free Zones (GAFI) in Egypt proposed a draft Memorandum of Understanding (MoU) with KDIPA, which will be duly considered and prepared to be signed by heads of both organizations during the planned Egypt’s Investment Promotion Conference to be held in Sharm Al Skeikh in March 2015.   A work team is to be formulated from both sides to follow up on this matter, identify areas for expertise exchange, and to benefit from GAFI’s know-how especially in developing and operating a One Stop Shop to ensure optimal management of investment procedures.