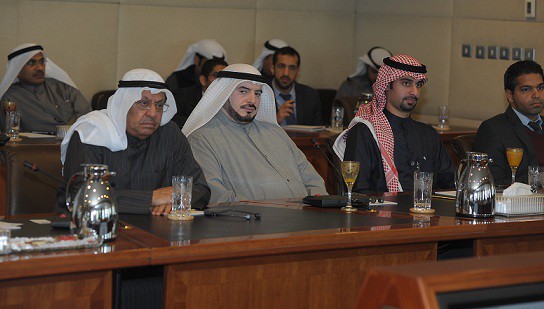 January 29, 2015: Kuwait Direct Investment Promotion Authority (KDIPA) participated in the Kuwaiti-French investment meeting held on January 27, 2015 at Kuwait Chamber of Commerce & Industry, with the Kuwaiti delegation headed by the Chamber Deputy Chairman, and the French delegation headed by the Minister of Foreign Affairs & International Development, along with a group of high level businessmen. In his address, the French Minister expressed the depth of the bilateral economic and commercial relations between both countries that extend to more than 50 years, with the total trade volume reaching in 2013 more than 1.6 billion Euro. He also focused on the expected role of the major French companies in the mega projects under the upcoming mid-term economic development plan, especially in the fields of transport, energy, construction, health, as well as research & innovation, in which the French companies have acquired international reputation. Other members of the French delegation provided overview of the investment climate in France, the legal system and the tax exemptions, particularly in the real estate sector, and the Invest in France (France IPA) incentives and services.  On his part, KDIPA’s representative Sheikh Abdallah Al Sabah provided a presentation on the role of KDIPA in attracting investment into Kuwait, as mandated by its establishing Law No. 116 of 2013, and the incentives and guarantees granted in accordance with its stipulations, portraying the  services and facilitates provided by the Investors Service Centre at KDIPA, and  shedding light on  success stories of  French companies and banks in Kuwait.