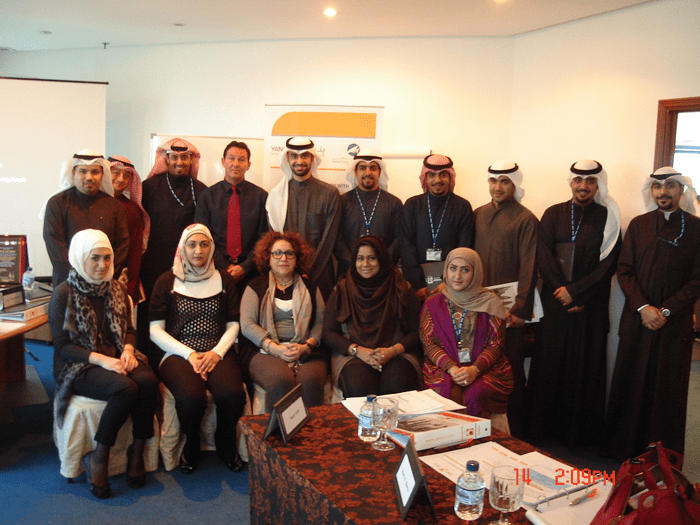 15-Feb-2012, Kuwait Foreign Investment Bureau (KFIB) has concluded its 8th and final specialized investment promotion workshop, conducted as part of its capacity building program for the current fiscal year. The 2-day workshop was held during the period February 13-14, 2012, in cooperation with Yanof Training & Consulting. It covered the subject “Understanding Macroeconomics for Non-Economists & Components of Investment Climate”. The workshop was presented by Professor John Adams, Head of Economics Department, in the British University of Egypt, and member of the FDI consulting firm DIAS, in Switzerland. The workshop explained the key macroeconomics variables, and the circular flow of incomes. It also covered defining and measuring GDP, identifying the threats to GDP growth, defining the key indicators of macroeconomic stability, explaining the multipliers’ effects, and how to maximize the benefits of FDI in the local economy, especially in creating jobs: in terms of quantity, quality, and sustainability, as well as utilizing the concept of “Value for Money” to decide on the right FDI project. The workshop included presenting several hands-on and interactive group exercises, and direct practical application of the concept presented on the case of Kuwait.