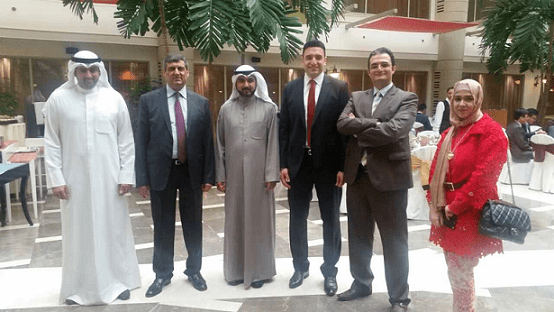 February 18, 2015: Kuwait Direct Investment Promotion Authority (KDIPA) participated in PricewaterhouseCoopers Al-Shatti & Co (PWC) Seminar on KDIPA’s Law and recent tax developments, held on February 16, 2015 at Marina Hotel Kuwait. The event was attended by executives, representatives, and officials of leading companies, foreign embassies in Kuwait, government entities, as well as the World Bank and IMF. The seminar focused on presenting updates on Law No. 116 of 2013 regarding the Promotion of Direct Investment in the State of Kuwait, and its Executive regulations, and the incentives applying for both foreign and local investors, and potential challenges. It also provided insights on the application procedures, especially how a foreign company can obtain its investment license and own up to 100% of that legal entity in Kuwait,. Furthermore, the seminar explored potential projects under the new 5-year economic development plan, innovative tax strategies, the US Foreign Account Tax Compliance Act (FATCA), and other issues to help multinational corporations to operate more effectively in Kuwait. At the event, KDIPA’s delegation composed of Mr. Mohamed Al Sabagh, Head of Investors Service Centre, and Mr. Amre Wajeeh, Legal Consultant, served as main guests, and answered duly the questions raised by the audience on relevant matters.