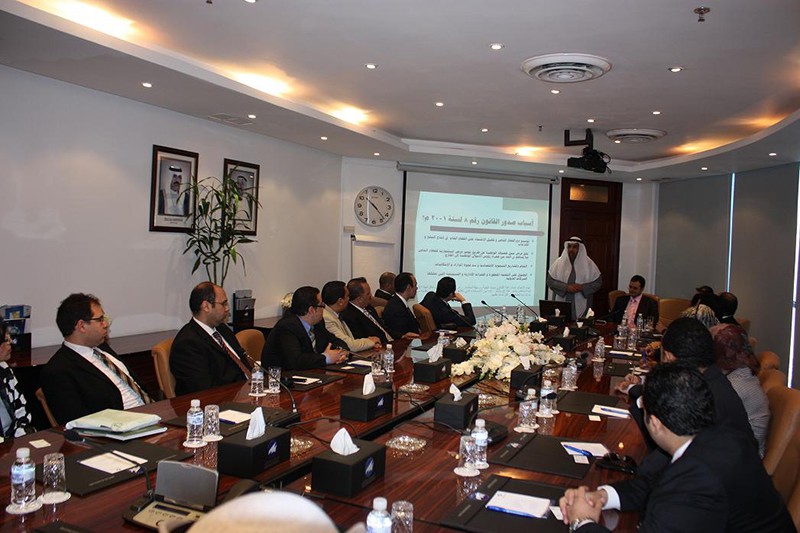 21-Feb-2013, Kuwait Foreign Investment Bureau (KFIB) hosted an Egyptian Delegation, representing officials from the Egyptian Commercial Service in the Ministry of Industry and Foreign Trade, undertaking a field visit to its premises on 21/2/2013 for a full working day. This comes as part of a 5-day training program on”Enhancing Promotional Capabilities for Investment Attraction and Export Development” organized for the delegation by the Arab Planning Institute (API) in the period 17-21/2/2013. During the field visit, KFIB team provided three power point presentations covering selected themes on establishment of the Bureau, its structure, and role in attracting FDI;  review of the incentives and guarantees under current FDI Law No. 8/2001; rationale and main  highlights of the new draft law for establishing an independent IPA; licensing procedures, investors services and record, obstacles encountered and how they are dealt with; Kuwait investment climate, the ongoing promotional efforts, and future aspirations. The delegation members were forthcoming with questions on several issues of interest that were duly responded to by the KFIB staff members triggering a worthy dialogue. The delegation also visited the newly launched Investors Services Centre (ISC) in the 15th floor of KFIB premises where they listened to a brief introduction by its staff indicating various services offered and the kind of visitors received. This program is the first of its kind that API organizes as it combined both the classroom lecturing style with hands-on field visits, which included besides KFIB,  shorter visits to Kuwait Chamber of Commerce & Industry, Public Authority for Industry (PAI), and Kuwait International Fair Company at the international fairgrounds. Dr. Nihal Mugarbel was API’s coordinator for this program.