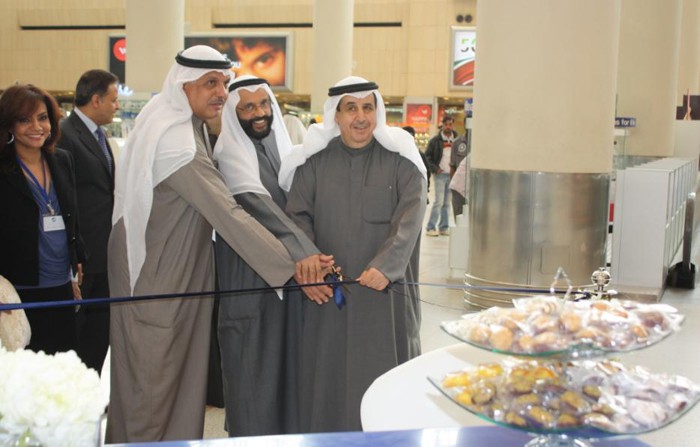 During the occasion of Kuwait’s celebration of its golden jubilee celebrating its independence, its 20th year liberation anniversary and the fifth year anniversary of his highness the Emir of Kuwait Sheikh Sabah Al Ahmad Al Sabah becoming the Emir; Kuwait Foreign Investment Bureau celebrated the opening of its airport branch. The celebration held on the Wednesday the 23rd of February 2011, started with the under secretary of the Ministry of Commerce and Industry Mr. Abdulaziz Al Khaldy opening of the branch and with the attendance of:

Mr. Abdul Aziz Al khaldy stressed that the opening of the branch is a step taken toward implementing his highness the Emir’s vision of transforming Kuwait into a world class financial and commercial hub. It is also a part of KFIB’s marketing and promotion plan of Kuwait’s investment opportunities for businessmen coming to Kuwait could easily stop by at the branch and have all their inquiries attended to and be provided with KFIB’s promotional material.