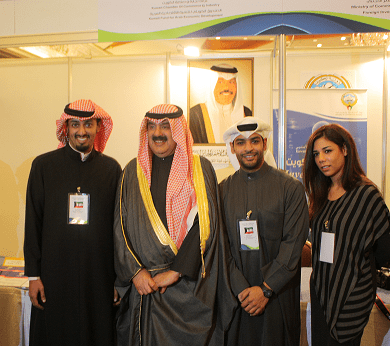 15-Jan-2013, Kuwait Foreign Investment Bureau (KFIB) participated in the Third Economic Exhibition for the Embassies and Diplomatic Missions in the State of Kuwait, held under the patronage of H.E. Deputy Prime Minister and Minister of Foreign Affairs Sheikh Sabah Al-Khalid. The exhibition took place on Sunday January 13th, 2013 at Sheraton Kuwait.  Several governmental entities and around 58 embassies participated.  The exhibitors offered commercial and investment opportunities for the Kuwaiti business sector, and provided necessary information regarding their regulatory framework and investment climate. The exhibition has become one of the channels to foster the economical diplomacy policy that Kuwait has pursued since decades ago. KFIB’s team received visitors, answered various inquiries, as well as distributed brochures on FDI Law No. (8)/ 2001.