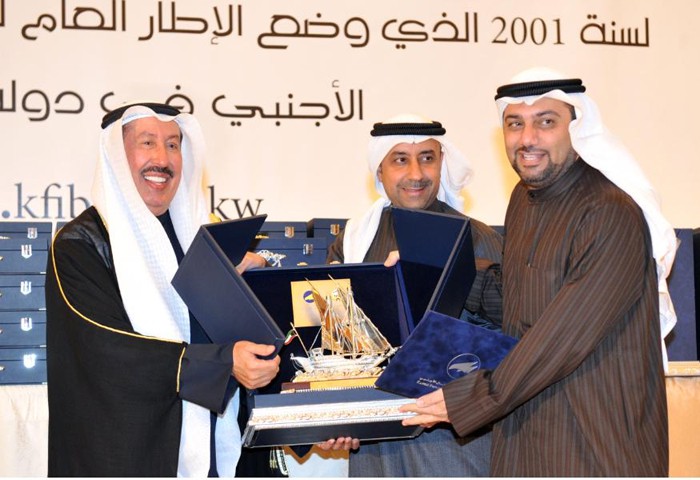 Under the patronage of his HE Mr.Ahmad Rashed Al Haroon the Minister of Commerce and Industry, Kuwait Foreign Investment Bureau(KFIB) celebrated its 10th anniversary. In his speech the Minister reiterated his belief the new draft FDI law will correct some of the flaws noted in the current law and will aim to encourage attracting more technology based FDI into Kuwait. KFIB Chief followed with a speech demonstrating the mile stones achieved as per the bureau’s mandate and aspiration since its inception. The ceremony concluded with the Minister honoring all the previous Ministers of Commerce and Industry, members of the Foreign Investment Committee and KFIB ex/Chiefs. On his turn, KFIB honored HE Ahmad Rashed Al Haroon for his continuous support and encouragement.