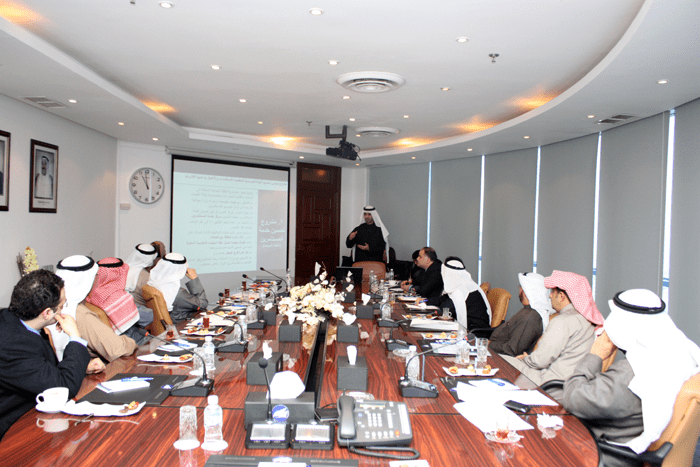 17-jan-2012, The Kuwait Foreign Investment Bureau (KFIB) held a general orientation meeting on Wednesday January 11, 2012 at 10:30 am for the new members of the Foreign Capital Investment Committee (FCIC), as per the Ministerial Decree No. 1622/2011; this being the fourth formation for the FCIC since the establishment of KFIB.

KFIB Chief provided a power point presentation, covering basic facts about KFIB, its objectives, services, and activities, as well as the investment record of projects submitted, and the projects undertaken within the government work program based on the current development plan (2010/2011-2013/2014).