KDIPA participates in the 9th session of “Britain in Kuwait” 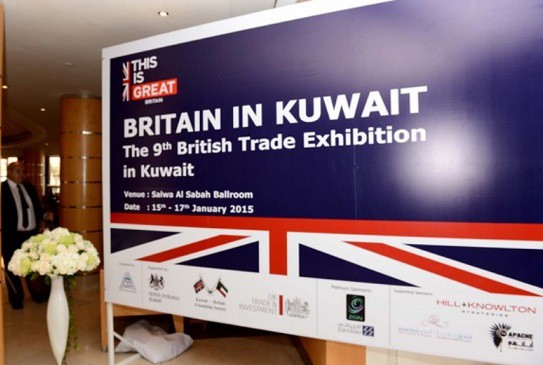 January 19, 2015: Kuwait Direct Investment Promotion Authority (KDIPA) participated in the 9th session of “Britain in Kuwait” exhibition, which was held under the patronage of his highness Sheikh Nasser Mohammed Al-Ahmad Al-Sabah during the period from 15 to 17 January 2015, in Salwa Al sabah Ballroom, and attended by a host of British and Kuwaiti companies that presented more than a hundred brand names in retail, healthcare, hospitality, foodstuff, education among others. This exhibition, other than being considered one of the most important economic activities in Kuwait and the GCC region, embodied an extension of historic commercial and investment relations between Kuwait and Great Britain and in accordance with bilateral agreements between both parties, thus gaining a considerable attention by political and economic dignitaries from both countries. KDIPA held a booth at the exhibition, and its delegation received the official sponsor, the British Ambassador in Kuwait, and the Mayor of London’s Financial District, as well as other interested visitors responding to their inquiries and distributing KDIPA’s promotional materials and publications.