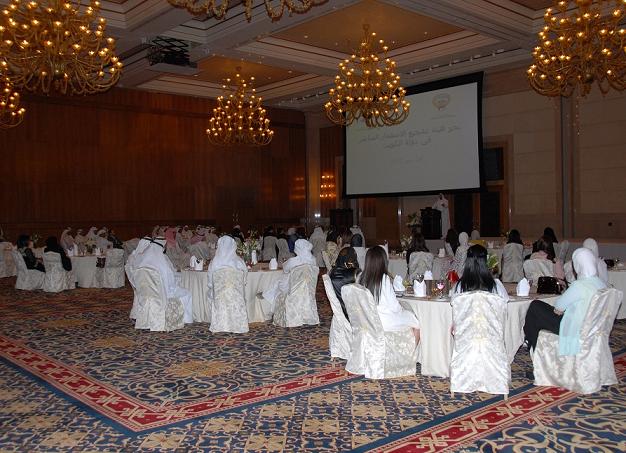 25- June- 2013, Kuwait Foreign Investment Bureau (KFIB) Chief Dr. Meshaal Jaber Al Ahmad Al Sabah hosted a dinner in the honor of  KFIB staff on the occasion of the issuance of Law No. 116 for the year 2013 for promoting direct investment in the State of Kuwait, at Raya Hall on Monday 24, 2013. The Chief started the celebration with a presentation on the current steps needed to manage smoothly the transition period during the upcoming six months ending on December 15, 2013. Dr. Meshaal mentioned that several parallel teams will be formulated to manage the tasks at hand, including a selected team for the preparation of the executive orders, and other teams for determining the current assets and obligations to transfer them to the authority to be, the transfer and hiring of staff, and other regulatory and administrative issues. A Q&A session followed whereby Dr. Meshaal responded to various inquires by some of the staff members, concluding with wishes of continued success in achieving their endeavors at this crucial phase. He also announced that there will be a central section on the home page of the website to be allocated to disseminate news on the transition period updates to the website visitors.