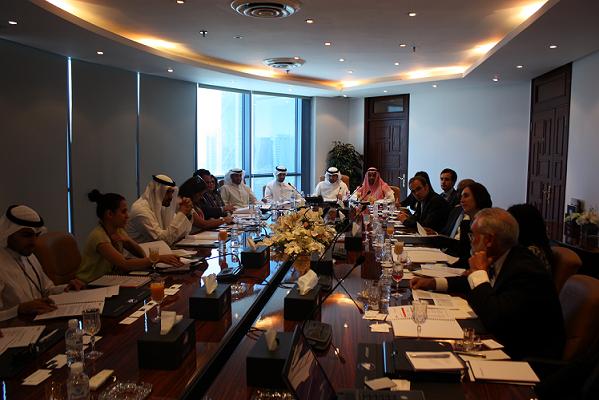 26- June- 2013, The “Kick off meeting” was held on June 26, 2013 at  Kuwait Foreign Investment Bureau (KFIB) premises with KFIB team chaired by KFIB  Chief Dr. Meshaal Jaber Al Ahmad Al Sabah, joined by the World Bank representative, the project’s  technical support, and Skidmore, Owings & Merrill LPP (SOM) team, that are in charge of conducting the feasibility study for the establishment of Kuwait Economic Zones allocated for KFIB in Al-Abdali, Al-Shegaya  (Al- Na’ayem) and Al-Wafra. KFIB Chief welcomed the attendees and expressed the crucial significance of this project to the core work of the authority-to-be under the  new FDI Law No. 116/2013 once its executive regualtion is concluded. The two teams were introduced to each other. The agenda of the meeting included the organization and engagement process between both parties, the project protocol,  review of work program, stakeholder meetingsو, status of land, training program options. The meeting concluded with a set of questions on goals and principles expected from the study raised to KFIB to prepare its feedback  for interactive discussion in the upcoming meeting.