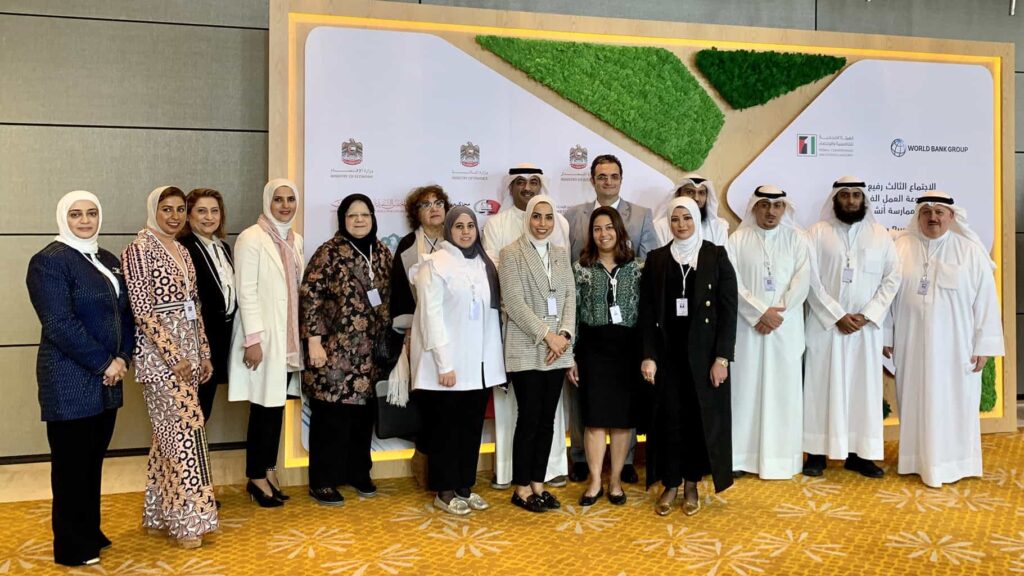 Kuwait Direct Investment Promotion Authority (KDIPA) participated in heading the Permanent Committee for Streamlining Business Environment & Enhancing Competitiveness in the State of Kuwait (PCK) in the Third Doing Business Technical Deep Dive, which was co-organized by the World Bank Group and the Federal Competitiveness and Statistics Authority from 10 – 13 December, 2019 in Dubai, United Arab Emirates.

The Kuwaiti delegation for the Third Meeting was headed by Mrs. Fatima Hassan Al-Sayegh, Director of the Technical Office and Competitiveness Department and Rapporteur of Permanent Committee, and included the following members of PCK: Consultant Jamal Hadhil Al-Jawli, Director General for the General Administration of Customs; Mr. Ahmad Mohammed Al-Rasheedi, Assistant Undersecretary for Planning, Training and Information System in the Ministry of Electricity and Water, Eng. Shuaa AbdulRahim Akbar, Secretary General of the Central Agency for Public Tenders, Mr. Rabah AbdulRahman Al-Rabah, the Director General of the Kuwait Chamber of Commerce and Industry. As well as, a number of chairmen and members responsible for each component of the ease of doing business index, which was represented by the General Administration of Customs, Ministry of Commerce and Industry, Ministry of Finance, Ministry of Justice, Ministry of Electricity and Water, Kuwait Municipality, Capital Markets Authority, Central Bank of Kuwait, Kuwait Chamber of Commerce and Industry and the Central Agency for Public Tenders.

The Kuwaiti delegation participated in intensive technical workshops, in addition to participating in site visits to a number of government agencies in reforming the business environment in Dubai.