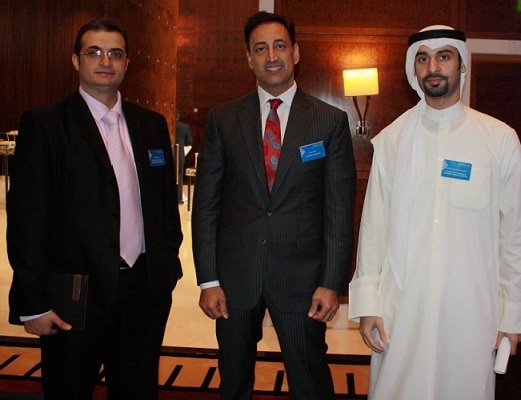 23 March, 2015: Kuwait Direct Investment Promotion Authority (KDIPA) participated in the Joint Seminar between KDIPA and Al-Tamimi & Co. Advocates & Legal Consultants, held in Dubai on March 9, 2015, from 9 am to 1 pm. The seminar focused on the recent developments in the legal framework for direct investment in Kuwait and measures to streamline business environment. More than 200 multinational companies were invited, amongst clients of Al-Tamimi & Co., which has 14 offices in 8 countries in the region. Some of these companies already operate in the region or are interested to enter the Kuwaiti market. Sheikh Abdullah Al Sabah, Head of Licensing & Investment Registry, provided an overview on Law No. 116 of 2013, pointing several of its attributes including the fact that it aims to attract both foreign and local investors, adopting the negative list approach in identifying economic sectors that foreign investors are excluded from, reducing the duration for issuance of needed licenses, establishing a one stop shop, and embracing the resolve to streamline business environment and eliminate barriers facing investors. Mr. Amre Wajeeh, Legal Consultant, elaborated further on the provisions and mandate of KDIPA and the guarantees it provides under its establishing law. On his part, Mr. Alex Saleh, Partner – Head of Kuwait Office of Al Tamimi & Co., explained the importance of Law No. 116 of 2013 and its Executive Regulations, pointing out the main developments it introduced. He also conveyed the positive experience of some of his clients in dealing with KDIPA, noting a more pro-active attitude and faster pace in handling the licensing process and completing the needed procedures in coordination with concerned parties. At the conclusion of the seminar, a host of questions were raised by the audience on issues tackled above, which were duly addressed.