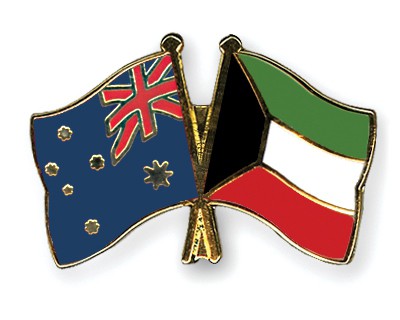 30,April,2015: Kuwait Direct Investment Promotion Authority (KDIPA) received in its headquarters on April 13, 2015 a high-level Australian commercial delegation, coinciding with an official visit conducted by the Australian Minister of Trade and Investment to the State of Kuwait to enhance the economic and commercial relations between both countries. KDIPA’s team was headed by the Assistant Director General Mr. Mohammed Yaquob. During the meeting, KDIPA provided a presentation on Law No. 116 of 2013 regarding the Promotion of Direct Investment in the State of Kuwait, the incentives, exemptions, and guarantees that KDIPA offers to investors, including allowing foreign investors to own an equity share of up to 100% without the need of a local partner; it also showcased potential investment opportunities available in Kuwait, and highlighted the latest developments related to investment climate and economic laws that were recently approved and the actions duly taken by the government to improve the overall doing business environment. At the conclusion of the meeting, questions and inquiries raised by the Australian delegation were adequately responded to.