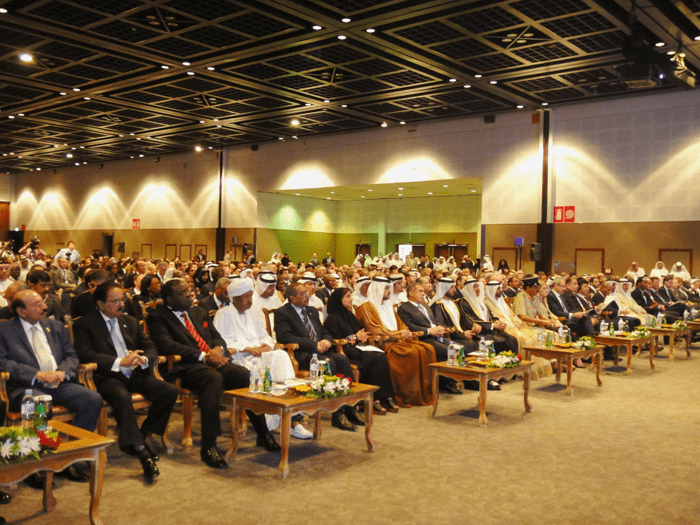 The AIM accompanied exhibition displayed booths for around 40 countries including Kuwait, represented by KFIB delegate. Several interested parties, investors, representatives of international media, and other investment promotion agencies visited KFIB booth, and copies of KFIB marketing kit and brochures were handed over. The advisor of the Kuwaiti Consulate General of the State of Kuwait in Dubai, Dr. Khalid Al-Mutairi had also visited the booth.