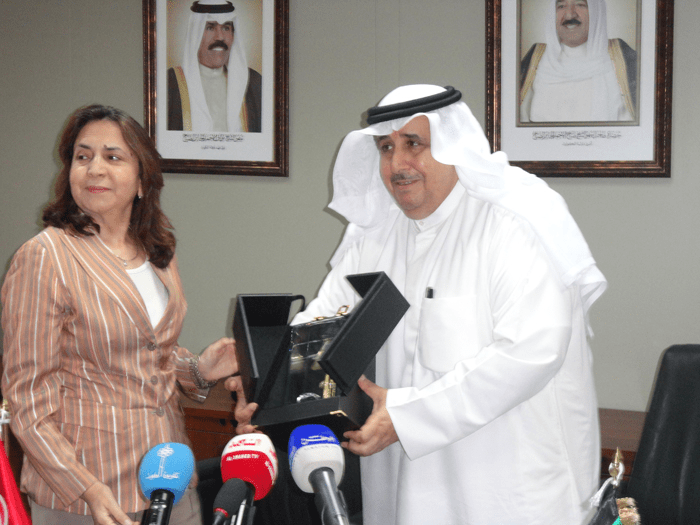 23-May-2012, Kuwait Foreign Investment Bureau (KFIB) participated in the 5th session of the Joint Technical Trade Committee between Kuwait and Tunisia, held in Kuwait during the period from 20 – 21 May, 2012. The Kuwaiti delegation was headed by the Undersecretary of the Ministry of Commerce & Industry (MOCI), and the Tunisian side was headed by the Director General for Economic & Commercial Cooperation in the Ministry of Commerce & Handicrafts, accompanied by other representatives from both sides.

The meeting considered the implementation of Article (5) of the Cooperation Protocol signed between the two countries that entered into force on 30/11/2011, regarding the establishment of a sub-committee for foreign investment, identifying its main tasks, and arranging for the founding meeting as soon as possible.

It was agreed to convene the upcoming 6th session of the Joint Committee in Tunisia in April 2013. The Tunisian delegation also extended an invitation to its Kuwaiti counterpart to participate in the Tunisian Investment Forum that will be held from June 14- 15, 2012