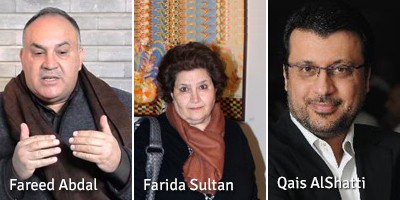 The first introductory meeting for the Panel of Judges for KDIPA Logo Competition was held on November 24, 2013, headed by Dr. Meshaal Jaber Al Ahmad Al Sabah, Director General of KDIPA. The Panel was formed from experts in various fields covering artistic, academic, and marketing streams, they include: Mrs. Farida Al Sultan (artist and owner of Sulatn Gallery), Dr. Fareed Abdal (artist and academic professor), and Mr. Qais Al Shatti (Economic Media and Communications expert). The Panel will be assessing the received designs according to preset criteria. A list of technical specifications and intellectual property rights was prepared to be abided by for those who wants to take part. The KDIPA Logo Competition will end by Monday December 2, 2013, upon completion of the 3 week term since it was launched on November 11, 2013. The winner will be rewarded a cash prize and a letter of appreciation.